The S.H.E member will host a media conference to thank the people who showed concern for her during the ordeal 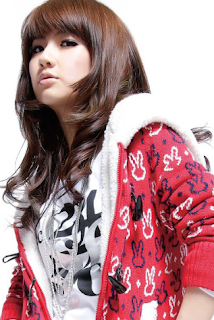 There is finally good news for fans, friends and family of Taiwanese pop star Selina Jen.

It had been 84 days since Selina was severely burnt in an on-set accident last October. Recently, it was announced that the S.H.E member will be holding a media conference to thank the media, friends and fans personally.

Ever since her accident, Father Jen had been constantly updating his Weibo account, informing people about the results of his daughter's treatment and therapy.

However, many suspected the seriousness of Selina's face injury after an entry on Matilda Tao's blog. The One Million Star host titled the entry "Is that really her?" and described Selina's legs as "patches of red and yellow" and wondered "what was with the charred black turning brown".

When reporters sought clarification from HIM International, they expressed they are currently confirming the process of the media conference and Selina would be there in light makeup.

The doctor had given the go-ahead to allow light makeup on Selina. She would also be wearing a hat on the day of the press conference as her hair is only three centimetres long.

Selina decided to have the press conference not only because she wanted to thank the people who cared and supported her, but also to request the media not to stalk and follow her as she returned home during Chinese New Year, reminding them that she needed rest in a quiet environment.

It was reported that the skin on Selina's face has healed completely, unlike the skin on her legs which still look like a 'puzzle'. However, because the new skin is very thin and becomes red easily, the singer jokingly called herself 'Lord Guan'. Father Jen recently updated his Weibo and said there were "pimples growing on her (Selina Jen) face".

While everything would depend on Selina's speed of recovery, the singer and her lawyer fiancé Richard Chang had not given up hope on an April wedding.

In other related reports, Richard is said to unhappy about the way HIM International is chasing Hunan TV for compensation.

HIM International has denied there was any conflict and added that they had been communicating with Father Jen and Richard through text messages and everyone is working on the issue together.