Selina Jen to wed on October 31

The S.H.E singer is finally getting hitched after a long arduous wait

Taiwanese singer Selina Jen's fiance Richard Chang finally made the long-awaited announcement of his wedding date at 1.40am this morning. 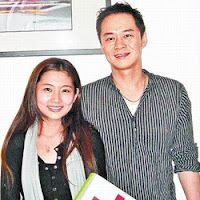 According to Richard's update on his microblog, the wedding would be held on Oct 31, with about 88 tables of guests. Another banquet would be held at Changhua city on Dec 16, and the date of their registration has yet to be decided.

Richard confirmed that the couple would wed on Selina's birthday (Oct 31), but the wedding would be kept simple -- instead of glamorous and luxurious -- in consideration of Selina's health condition.

Currently, their marriage registration date, the guest list, bridesmaids and best men, as well as wedding itinerary are still not finalised.

Richard also uploaded a two-minute voice clip -- recorded by Selina -- sharing her joy and happiness with her fans.

In the recording, Selina exclaimed, "I'm finally getting married!"

The starlet admitted that marriage is something she has been anticipating her entire life and let on that they had already booked a banquet at the Sheraton Hotel. Wedding invitations have also been printed, she revealed.

Selina said that she was excited but nervous, since her wedding is only two months away. She hoped that she would recover soon, although her scars are still itchy and she can't move about freely.

The singer also sobbed and sang to express her joy of becoming a bride.

She later retweeted Richard's update and added, "Thank you for your concern. I was nervous when I recorded the clip. I cannot stand for too long, maybe only for five seconds. I still wanted to share my joy with everyone."